The grisly weather through the second half of October looked like continuing well into November. It was a case of looking for a short break in it to try for a November mullet. One such opportunity came by on the 4th, so I headed down to Rosscabery.

It was flat calm on arrival and despite my doubts after all the recent wind and rain, there were mullet showing all over. The grass by the bridge looked as good as anywhere, so I set up the leger rods and cast out two crust baits. I didn't get as many bites as I'd thought considering the number of fish about, but by lunch I'd had a couple 2:12  and 3:13 ... 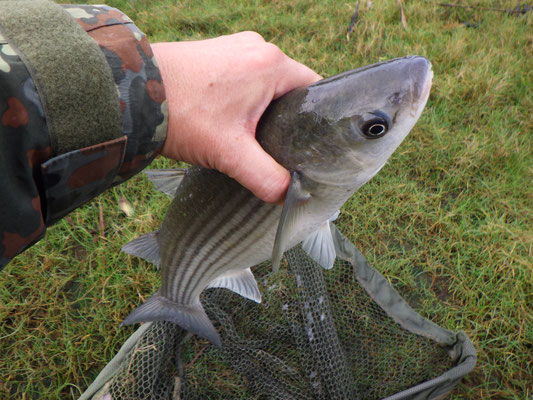 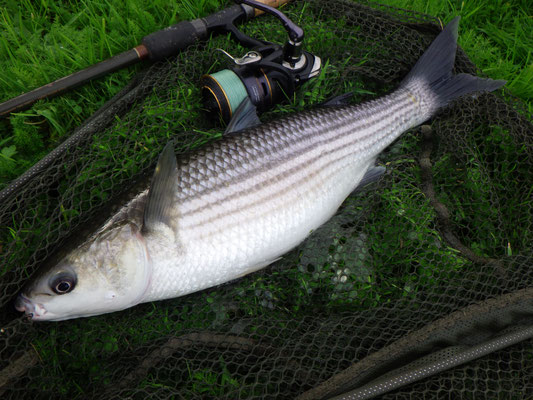 ... and after what seemed a long quiet spell, well into the afternoon I had a slamming take and found myself attached to a powerful fish that turned out to be 4:09.

The spread of weights was fairly typical for the winter mullet that now seemed to be established at the venue.

The manky weather continued almost through to the end of November. I'd have liked a couple of days out but I had plenty of work on so wasn't too badly affected. By the end of the month I was eyeing up the forecasts trying to pick a day to try for a December mullet in a month of which I'd miss the middle fortnight for a UK trip.

The 1st looked favourite, despite falling temperatures and a stiff SE breeze forecast. Thereafter a full easterly looked ready to set in, gradually turning into a northerly blast from the arctic.

It wasn't the best of tides. I arrived at Rosscarbery just before the morning HW and found quite a few mullet close in down the west side, but they were on the move ahead of the new tide and soon made themselves scarce as usually happens over HW in the winter. I settled down for what I thought might be a long wait but I was fairly confident I'd start seeing fish again as the tide dropped away.

That never really happened, but there must have been odd fish passing through out front in the shallow but heavily rippled water. I had three good takes, missed one and landed two ... 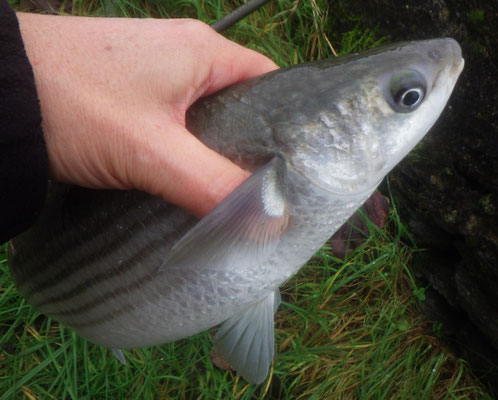 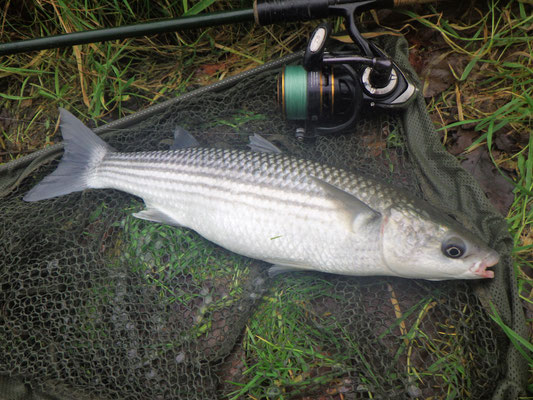 They were no great shakes size-wise, each just under 3lbs, but they were December mullet and that's what mattered. That's now 21 consecutive months with mullet since the last 5km travel restriction was lifted in April 2021. Without the pandemic I might have been getting very close to five years!

Hopefully the current cold snap will sort itself out while we're away and I'll get in some more December sessions later in the month to report before the New Year.