Mullet, Gilts and Flounders Too

The 5km travel restriction came off on 12th April and I was straight down to Rosscarbery to try to get my mullet year underway.

After a long spell of northerlies and easterlies, the wind had at least gone west for the day, but it was cold and mostly grey with dishearteningly few signs of mullet present. I set up on the grass under my brolly and settled down for what was likely to be an attritional session on the leger.

The morning was indeed quiet but about lunchtime and as the water level fell away, I started seeing mullet moving further out in the pool. Occasionally a fish would porpoise on the surface or jump clear. They didn't look any great size but I willed them to move closer and within range.

Eventually I had a rattle on one of the tips followed by slack line. I wound down and struck. It certainly wasn't very big, 2lb 6oz it turned out, but I was pleased when my strike connected and the mullet played in without mishap. A few minutes later I had another on the bank, slightly larger at 2lb 12oz. 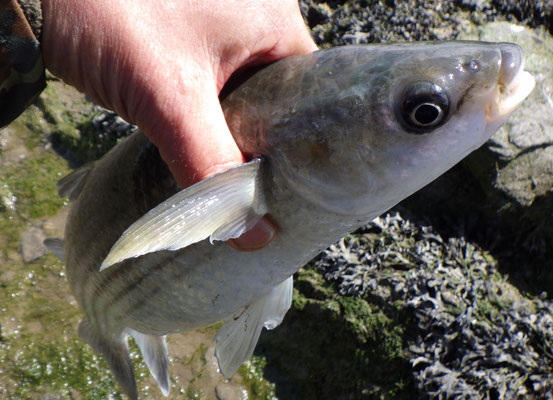 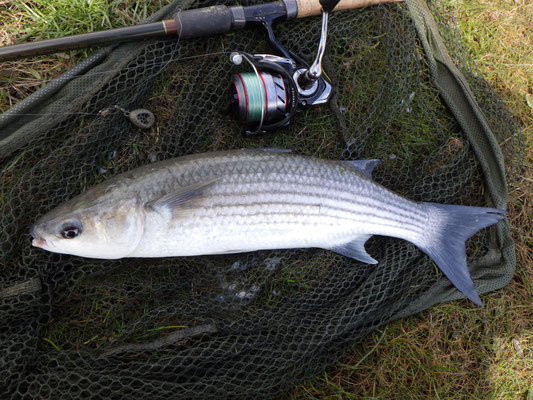 The shoal moved back out of range and another quiet hour or so passed. Then as the first of the new flood tide pushed into the pool, often a key time, my left hand tip pulled over and I was attached to what felt a better fish. It was no monster at 3lb 8oz but still, a nice end to the session ...

The next day the wind turned back into the east where it remained stubbornly for the rest of April with only subtle variations in direction and strength.

I did a trip to an estuary near Mizen Head and didn't even see a mullet at what is often a prolific early-season venue.

On the 21st I headed back to Rosscarbery. The wind was supposed to be light and freshening later but it was already howling out of the east when I arrived mid-morning. I clipped on a couple of heavier weights, welted out the leger lines, tightened down and retreated under the brolly again.

To my total surprise one of the tips jagged round after about five minutes! I thought I'd missed it at first but it must have been swimming towards me as I reconnected after a couple of seconds. It was only 2lb 8oz but very welcome on a day like that. The rest of the session was very dour indeed with not another bite and very few signs of mullet present.

Between the Rosscarbery sessions and since I've done some trips further east in search of gilthead bream. As with the mullet, the bigger specimens haven't shown yet, probably deterred by the easterly airflow and associated low temperatures. I've tried to pick days when the wind has been lighter and/or had a touch of south in it and I've had a smattering of success with gilts from pound-size up to just shy of 2lbs. To my mind they are properly handsome fish ... 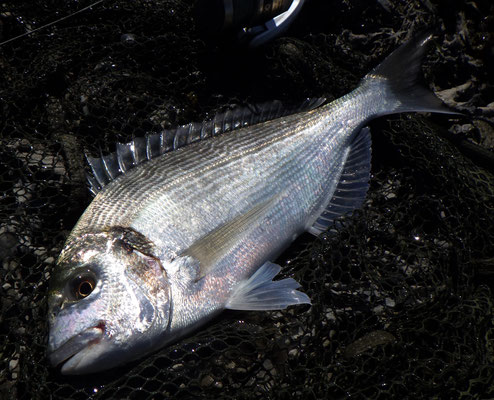 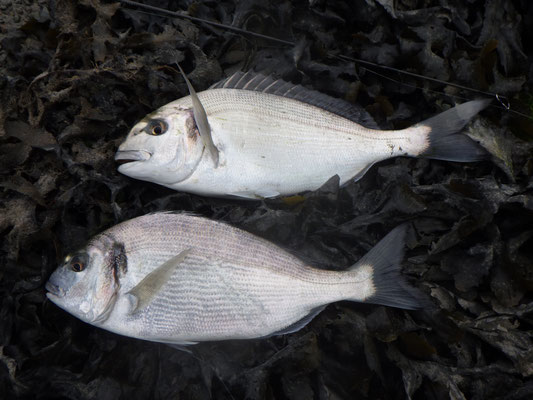 I've been fishing locally-dug lugworms on light leger gear in the estuary channel. Typically there's a narrow window of opportunity as the gilts pass by on the early flood tide, though the exact timing varies from session to session. Bites can vary from persistent taps to full scale launching of the rod, it definitely pays to have the drag set on the reel. The gilts fight well, certainly better than bass the same size though not quite the stamina of a thicklip mullet.

After the flush of gilts moving up come the flounders. Presumably they swim slower. The flounders have been a good size so far this spring with most fish around a pound size. The novelty will wear off I'm sure but it's been nice to see them. They were my staple winter target when I started sea fishing in Hampshire all those years ago but they all but disappeared from the harbours and estuaries there for reasons not really understood. 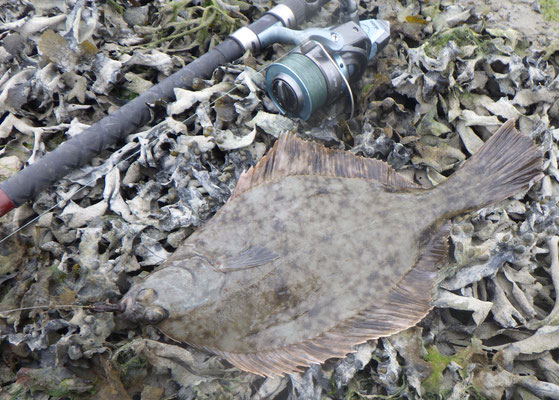 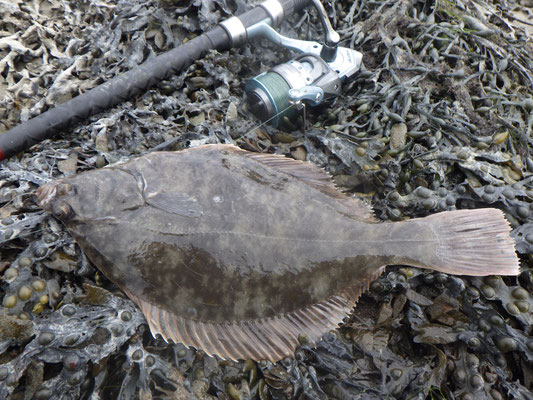 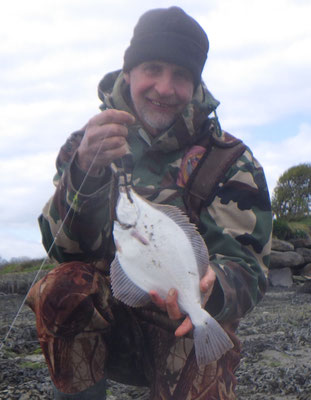 It looks like we're returning to Atlantic weather over the next fews days. Hopefully the milder conditions will get some bigger mullet and gilts into the shallows as well as kicking off the rock fishing season on Sheep's Head here.