One of the few positives about being locked down has been the opportunity to get on with some rod renovations, some of which were tentatively underway already and accelerated, some were scheduled and others brought forward. I have some fairly modern mullet rods but otherwise it's been a bit of an eye-opener realising just how old some of my kit is - some rods already on their second or third iterations and in need of TLC again ...

First up, a pair of classic bass rods.

On the left is the famous honey-coloured glass Fibatube 132 blank used for, amongst others, the original John Darling Bass Rod by Going Brothers of Southend. I first built this rod up in 1977 for my father after he rescued the blank from the scrap box at Terry Eustace's shop in Birmingham; it had been returned and stripped of rings because it had an audible "tick" sound from the spigot when flexed, long since disappeared. Dad used and abused it for years till his declining health forced him to give up fishing and I inherited it.

On the right, a Mk 1 Zziplex bass rod that I built up for myself in 1987. I'd previously built one for my friend Jamie and was so impressed with how he got on with it I had to have one too. I caught a lot of bass on it from the Hampshire and West Sussex beaches near where we lived in UK, and some clonking wrasse down in Cornwall.

Both bass rods are still in regular use - I've caught lots of pollack on them since moving to Ireland, but oddly I've not got round to bass fishing yet - maybe this autumn if the travel restrictions are lifted. 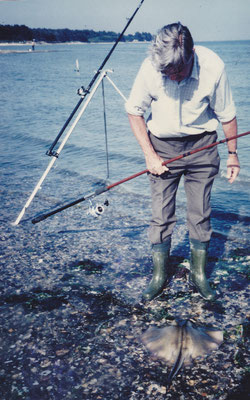 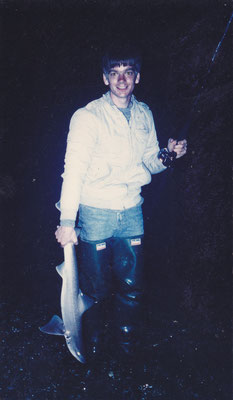 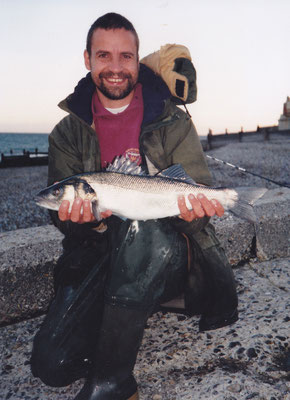 Next up, a brace of Zziplex 1005s, one of the very earliest Zziplex blanks, basically a light beachcaster that casts 3 - 4oz beautifully and 5oz at a push.

I bought my first 1005 in 1981. Martin Ashby at Going Brothers customised the blank for me, gluing in the dural butt and fitting a spigot to make two equal 6' sections so I could carry the rod more easily on my pushbike and on the train than in the standard 4' butt + 8' tip configuration. He machined and fitted two beautiful stainless steel collars either side of the spigot to protect the blank from splitting. The rod was my pride and joy for a few years till I lost some kit in a burglary. The scumbag couldn't even make a proper job of it - they left the tip section behind so I had a useless customised tip and they had a useless customised butt!

Years later, long after Zziplex had moved on to the 2500 and Dream Machines, I met rod-builder Mike Oliver through BASS and persuaded him to part with six 1005 blanks he'd been stashing in his loft. My friend Dave Barnes took two of them and I made up two more for other friends, leaving myself with two. One had a standard 4' carbon butt and the other was a long-butt version. I made that one up first and didn't really like it much. It seemed slightly cumbersome and a bit floppy compared to my original.

Now I've put a hacksaw to the long butt and re-rung the tip; and made up the standard butt blank that I'd never done anything with. They seem very nice and I'm looking forward to giving them a whirl later in the year.

Photos. My first ever double figure cod, winter 1981/82 taken on my original Zzippy 1005 from Milford shingle bank in Hampshire - I had to cycle to the station to catch the train to Southampton then change trains to New Milton then cycle again to get to the beach. I had to pack up in time to get the last train back and  I remember having to dump the foam mat I took to sit on to make room for the cod in the pannier bag on my bike! Then the best shot I can find showing the original 1005, a modest bass in April 1983 from the River Beaulieu low water channel where it cuts in close to Lepe Beach in Hampshire  - we were there early in the tide and I had to drag the bass across several yards of the gloopiest mud ... 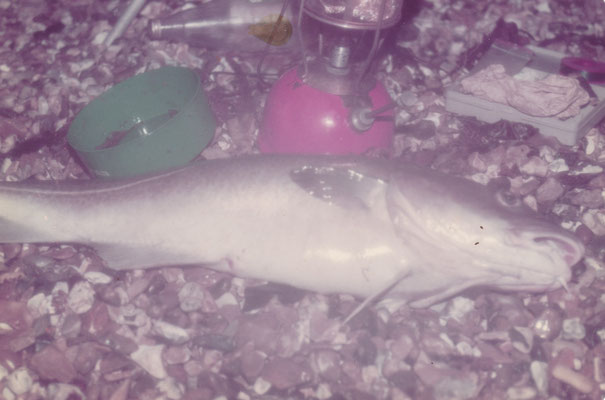 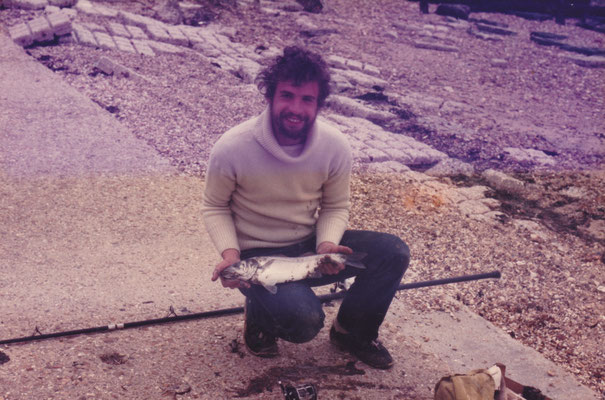 Last of the completed renovations is a Daiwa light carp rod that Sylvi bought me for my 30th birthday, err ... 31 years ago. The transfer with the model number has long since worn away but it has a test curve about 1.5lbs and it was 12' long.

Soon after I had it I took about ten inches off the butt which was over-long, sticking out behind when holding the rod and getting in the way for striking when sitting on the beach. At the time I was mainly using it for bassing, fishing baits close in to the waterline on the steep shingle beaches outside the mouth of Portsmouth Harbour.

Later we moved to Hayling Island and the rod became my weapon of choice for hauling big mullet out from under the pontoons of the marina there. I even caught a few carp on it when I was invited to fish a little syndicate water near Chichester by my late mate Paul Stent, in return for showing him my tope mark.

Since we moved to Ireland it has become my go-to rod for dangling a float round the rocks here on Sheep's Head, catching pollack and wrasse and those triggers last summer that now seem so long ago. 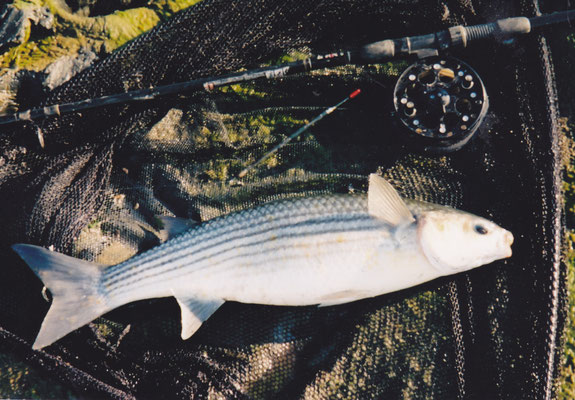 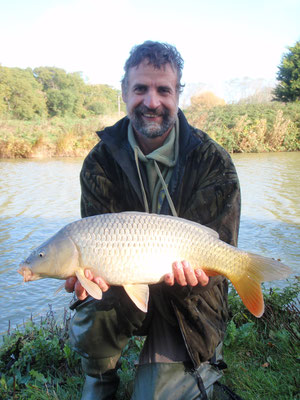 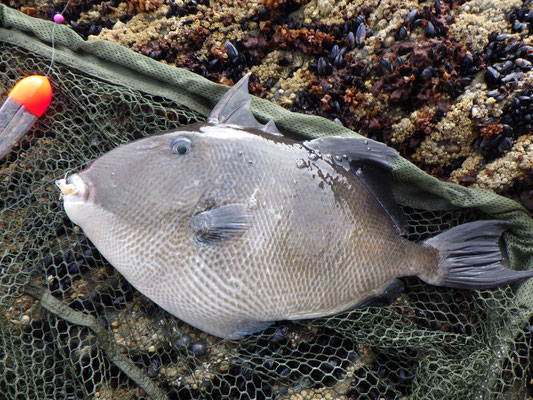 Works in progress - both my main beachcasters. The Shimano Antares is partly rebuilt but now waiting some parts from UK; as is the Zziplex 3500 that I have only just started stripping back. More on these later.

I've been getting the rod parts mostly from guidesnblanks.com who have a brilliant range of rings, reel seats, shrink tube, epoxy etc - though their postal rates to Ireland are crippling so I've been using the An Post AddressPal service which takes a day or two longer but is much more economic.

There are some nice late afternoon and early evening tides this week and the east wind we have at the moment looks set to fall light midweek. IFI issued clarification on 17th April that fishing is acceptable as personal exercise for "brief periods" within 2km of home, walking not driving to the venue which would be interpreted as non-essential travel. To be honest I wouldn't want to be out at the moment anywhere in proximity with people but that's hardly an issue for an hour session here on Sheep's Head where you can fish whole days without seeing a soul at the best of times. I may just be tempted out for a quick go on the offchance of an April mullet.