Rock Sessions - and Another First.

Over the last few weeks I've been doing mostly rock fishing, partly local on Sheep's Head and partly up in County Kerry after more spurdogs.

The Kerry fishing yielded very meagre results - two blank trips and one long day that yielded just a single spur. On the plus side it was a little bigger than the trio I had in early April, I gave it 7 - 8lbs so a new personal best.

The trips were livened up a little by bullhuss - I played three very chunky huss right to the edge only to have each open its mouth and spit or shake the bait out. The big ones seem to be expert at hanging on to the bait without getting hooked, but even so a 100% failure rate is a bit extreme!

Fortunately the huss were being more co-operative on my home turf, and I landed seven across two trips on the Sheep's Head rocks in early May, with the biggest ones just making double figures. Most of my huss come on mackerel head baits. 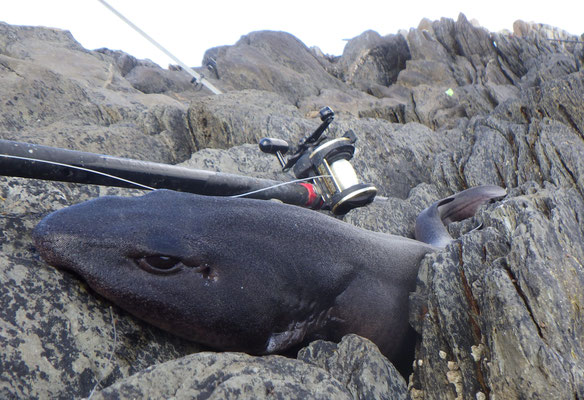 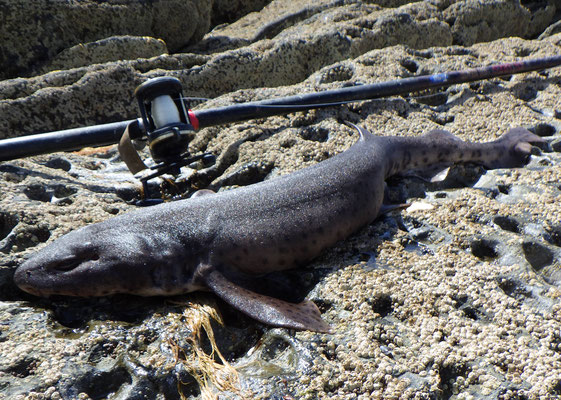 The mark I've been fishing seems incredibly deep - I've been counting the bait down to the bottom after it's landed and generally it's reached 24 or 25 with a 5oz lead pulling it down.

It seems to hold all the normal rock species but I think the depth may open up other possibilities. For example I know there are a few ling caught on deep marks on the Beara and I've often wondered if any of the Sheep's Head marks may hold them.

Well, question answered after a fashion. Though it was only a baby of a couple of pounds, it was my first ever ling and I'm hopeful of meeting some of its bigger chums later in the summer. It took a squid/garfish cocktail bait popped up off the bottom.

The pollack seem to be back inshore in some numbers. On the first of the two trips I had a three pounder that grabbed one of the popped up baits, and missed other similar fast bites. The second trip I took along half a pack of frozen sandeels of dubious quality that were left over semi-defrosted and refrozen from one of the spurdog trips. I spent fifteen minutes at the end of the session slowly spinning these on a long trace. The result was four pollack from five eels, three pound-size fish and a lovely four pounder to finish. 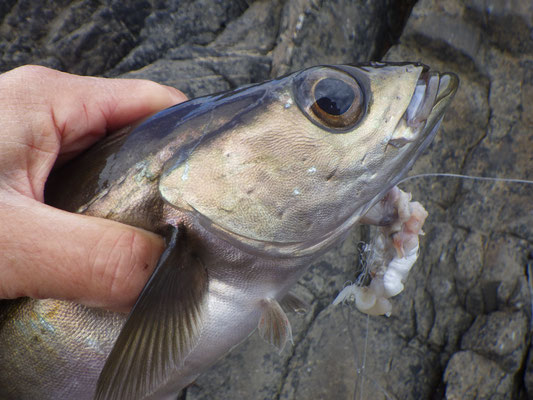 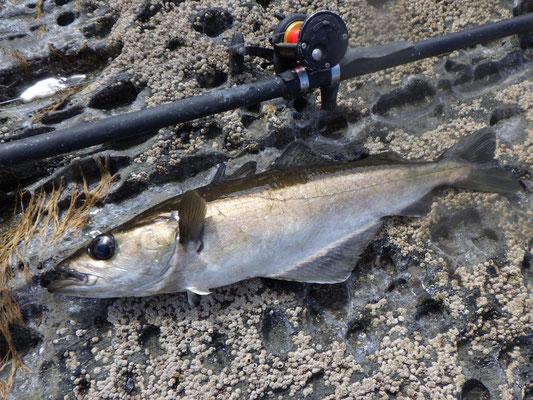