April wasn't the busiest of months on the mullet front - a bit distracted by the rock fishing and some family visitors - and the trips I managed met with mediocre results.

That trip on the Mizen at the end of March proved to be a false dawn. Two further visits resulted in blanks, though in fairness both were on grey, blustery, chilly days so perhaps not the fairest test.

The weather was also playing up at Rosscarbery, including one day with some spectacular hail showers like the one on the video above. The mullet numbers seemed to dwindle as the month went on. The protracted spell of east winds probably didn't help, though I think the main reason would be the shoals of mainly smaller fish that have been present on-and-off through the winter dispersing and spreading along the coast, whilst the larger fish that predominate at Rosscarbery over the summer and autumn have not yet arrived. Perhaps they are still busy spawning.

My catches reflected that trend ... four trips scoring four, three, two then a blank with just one missed bite. No really big fish either, the best a 4:12. 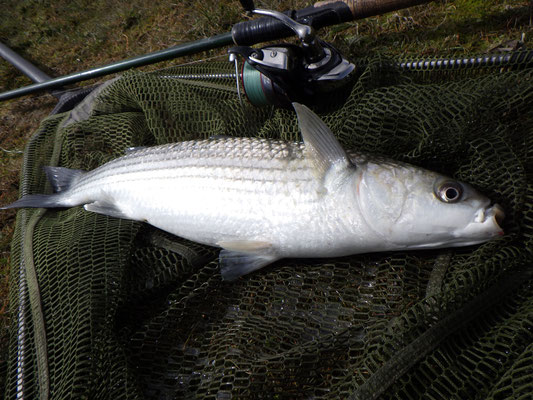 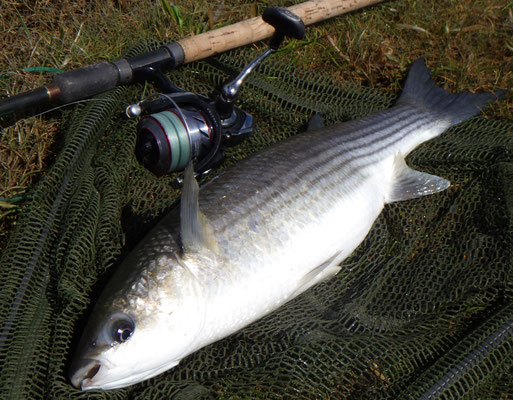 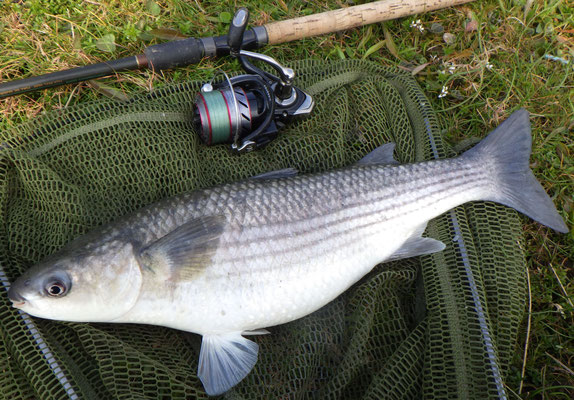