I've not done a huge amount of rock fishing this summer, and the rock fishing form has been patchy on those occasions I have been out.

The ground fishing has been particularly frustrating.

Surprisingly the bullhuss have more-or-less disappeared from the Sheep's Head marks - I don't know why, perhaps where the water temperature is a tad higher than normal after the unusually hot early summer?

I've only had one modest-sized huss in my last few trips, this particularly difficult individual who wasn't at all keen on being photographed.

The virtual absence of the huss has left more time for congers to find the baits, though these have been on the small side ... 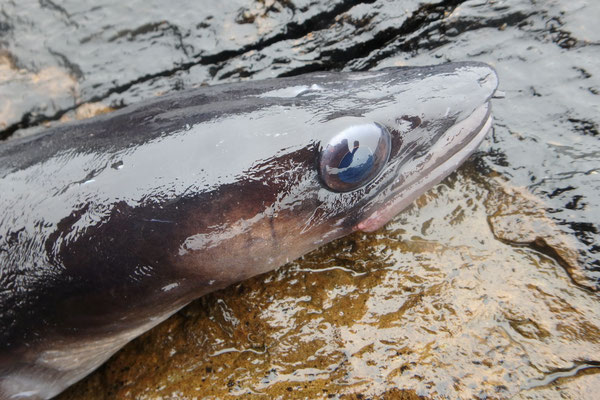 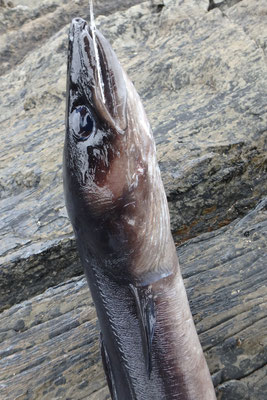 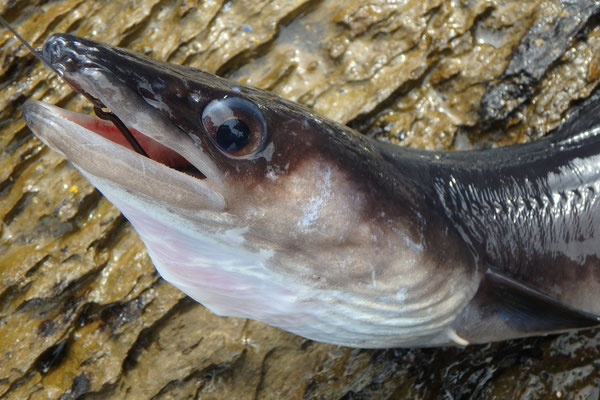 That aside, there have been a few LSDs and this pretty three-bearded rockling, my first in Ireland. It took a big bait on a 7/0 hook. I briefly tried some smaller baits on a two hook pat to see if there might be more about, promptly caught a double-shot of baby congers and gave up on that idea! 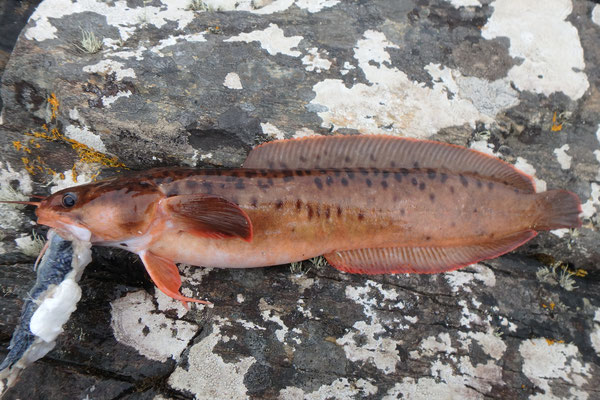 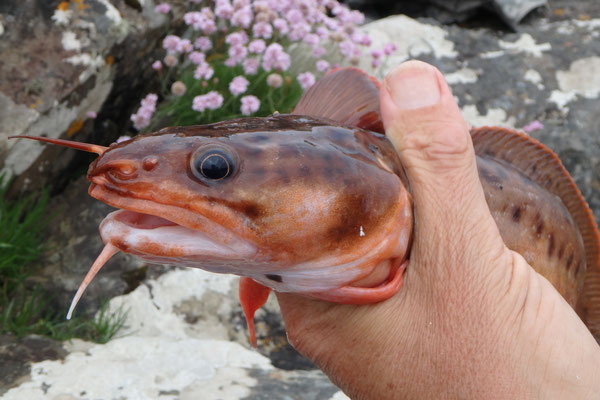 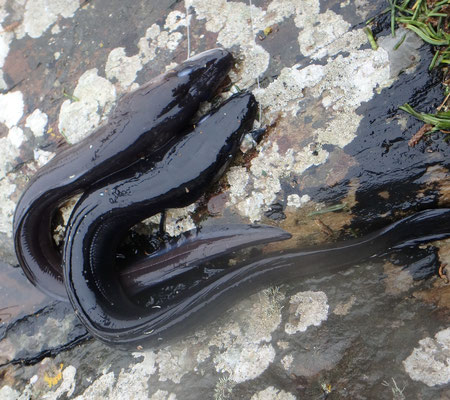 I've had a couple of goes at the wrasse on small soft plastic lures and have caught a few, though I'm hoping for more consistent fishing for more and bigger wrasse as we move into autumn. 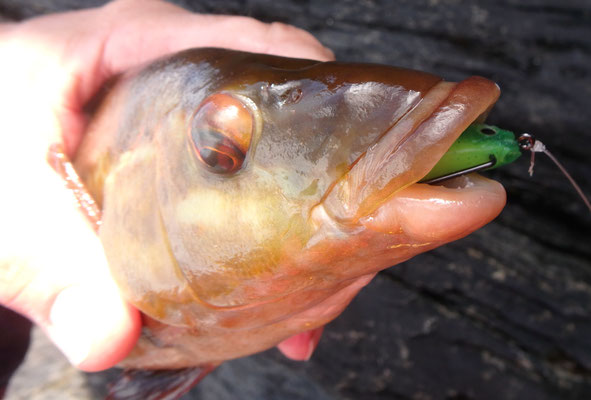 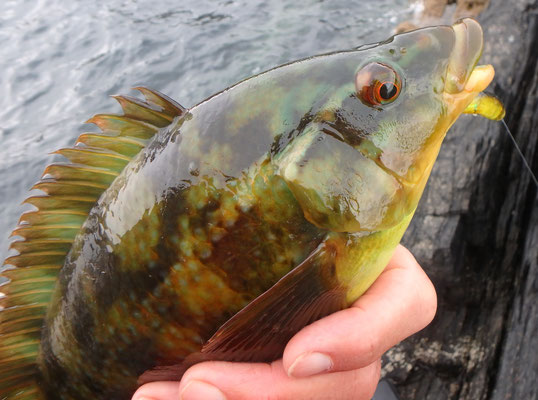 The pollack fishing has been steady if not spectacular, with lots of takes from pound-size fish, a healthy smattering of 3 - 4lbs fish like this one, and occasional bigger fish to around 6lbs.

Surprisingly the shallower marks on the south side of the peninsula have been more productive than the deeper Bantry Bay marks so far. This suits me fine as they are closer to home but if there is a downside it's that if you hit a big pollack at any great range, it's more difficult to keep it up out of the kelp than in deeper water; the angles just work against you. I've lost a couple of fish that felt very big, though it's difficult to be sure in the couple of seconds before they go to ground.

Most of my pollack are caught on good old redgill sandeel lures. Bubblegum pink, white and firetails all do well on their day. I like redgills particularly because they cast so well on a bass rod with a 2oz bomb on a long paternoster rig. The pollack aren't all that fussy though and they'll take a huge variety of jelly-worm and paddle-tail type baits. 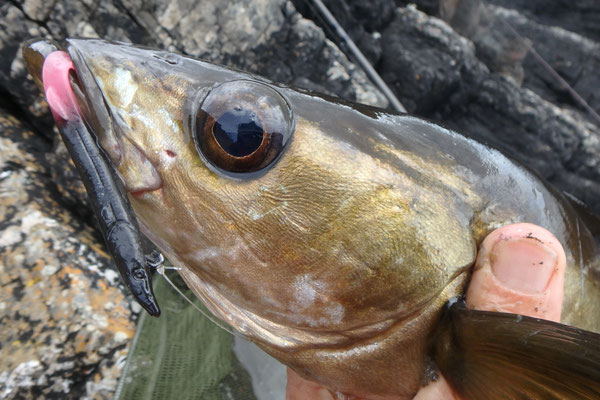 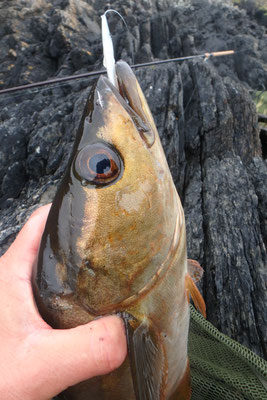 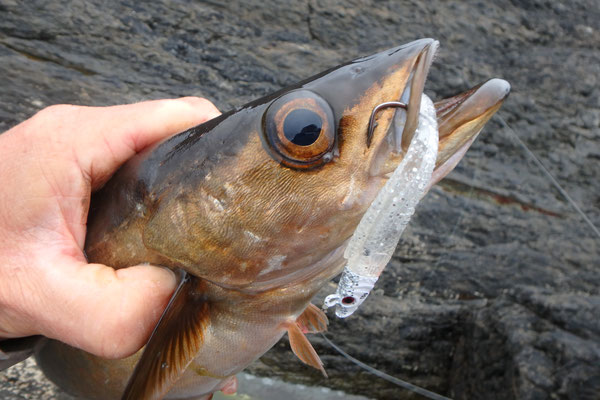 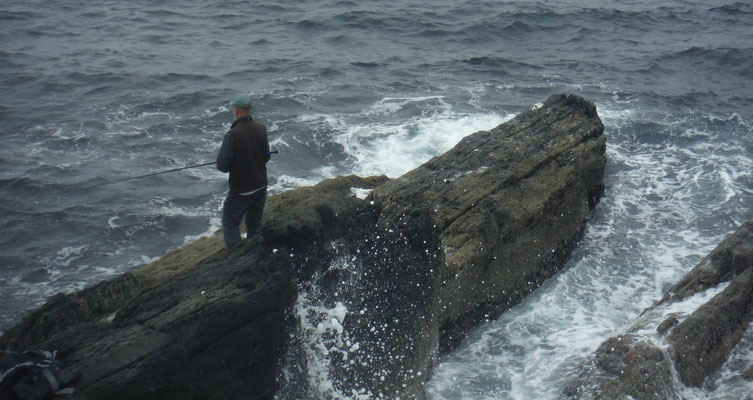 The mackerel were late in (again) this summer but they turned up in force on the spring tides in the middle of August and should be around now well into the autumn. I've had a couple of good sessions from the rocks in Bantry Bay - fish for the smoker and the bait freezer is already looking healthy. Over the winter I acquired some "Kinetic" brand sabikis from a sale on one of the online stores - the rig comes with horrible big gold swivels each end which I wouldn't trust too much, but the nylon part of the rigs seem fine and well-tied, and the sabikis themselves are both attractive and robust - much more robust than the Tronix ones I was using last year. I have the ones with size 12 hooks which is small enough also to pick up the odd launce. I really must get organised to take some float tackle with me to fish the launce live for pollack - at the moment they are going into the bait freezer for other things. 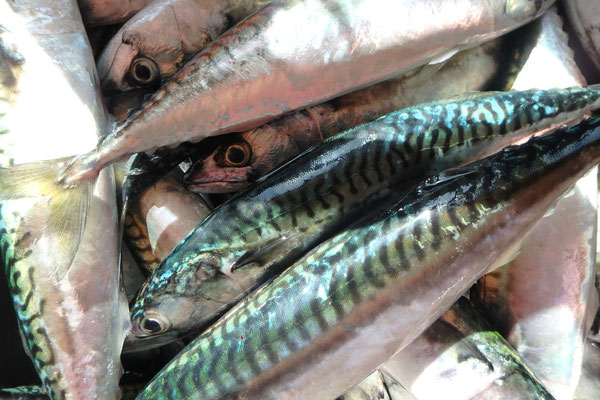 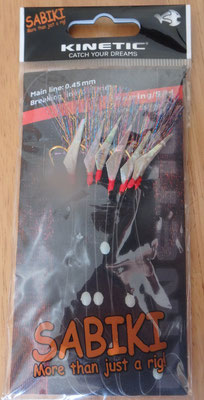 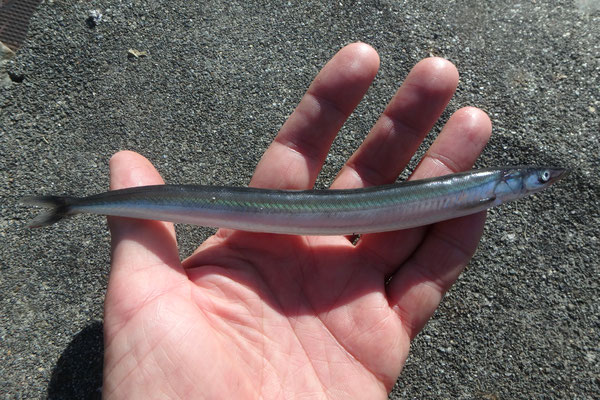