I arrived back from driving Steve to the Airport about lunchtime. After a pretty gloomy week weatherwise while he'd been here, today it was bright and sunny. I was feeling inspired  by my efforts with the wrasse on soft plastics yesterday, so I bundled the kit together and headed to a rock mark close to the mouth of Bantry Bay. 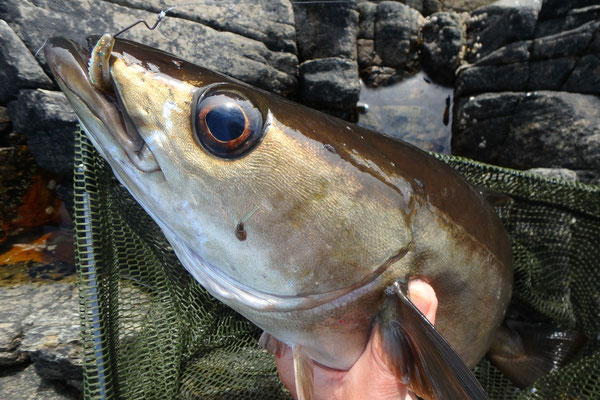 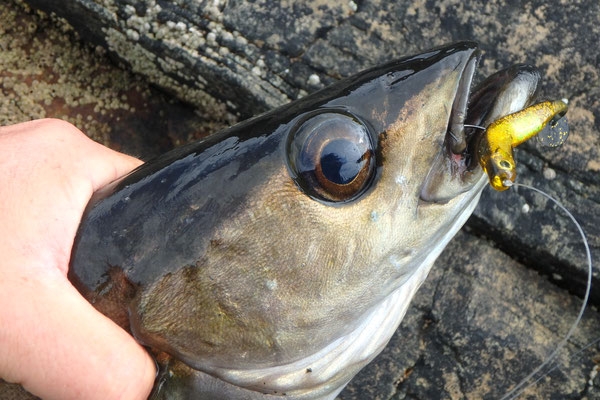 I had two pollack for a combined weight of 11lbs, plus two other smaller ones, in the hour before the wind got up and the swells started building, forcing me off the mark. This on tiny little soft plastics barely half the length of the 110mm redgills I usually use for pollack,  in themselves not exactly large as pollack lures go. Food for thought there maybe. Not a sign of a wrasse though.

I'll write some more about this soft plastics stuff once I know what I'm doing!