Pollack on a New Rock Mark

I've been meaning to try this mark on the south shore of the peninsula for ages, and finally got round to doing so this evening. The footpath out along the cliff has been officially closed for some time pending rebuilding of the footbridge over the stream by the car park, but as it happened the stream was running low enough to be able to get across anyway, so off I set. It took a while to negotiate the parts of the footpath that have become overgrown, then to choose one of the several rock promontaries to fish from, then to navigate a route down the rather chaotic rock formations. By the time I was down near the water I had about 90 minutes to fish before I'd have to pack up if I wanted to watch Mo Farah in the 5000m final on TV ...

I wouldn't say the pollack fishing was hectic, but it was certainly the best so far this year, possibly related to the arrival of the first decent sandeel shoals in the Bay this week which has seen better mackerel catches and lots of activity by gannets and other sea birds. I had a half dozen mostly 2 - 3lbs but one was nudging 6lbs, the biggest I've had for a couple of years though I have a feeling this mark should turn up some bigger fish later in the year. 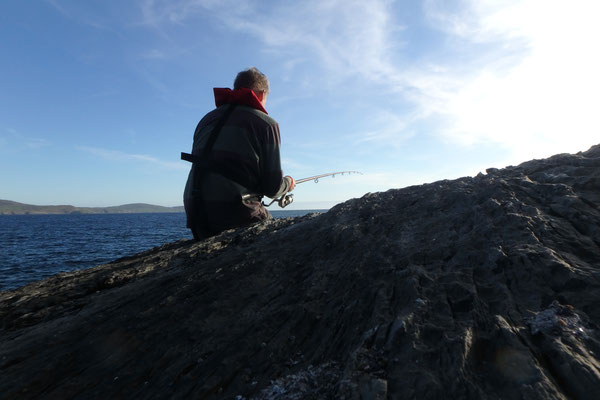 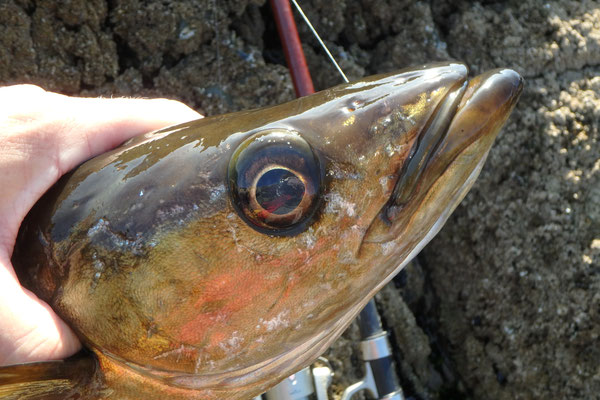