I have a friend coming over in a couple of weeks who likes a bit of wrasse fishing as a change from mulleting, so today I headed off to a mark on the north side of the peninsula to check out the wrasse form. Nothing complicated for me regards wrasse fishing - carp rod, sliding float rig and some big limpets for bait. I'd prefer hardback crabs for bait as preference, but they are difficult to collect here in enough quantity without driving a good way, and the limpets are a pretty good substitute.

I walked a bit further round on the mark than I normally fish for congers and huss, and found a nice comfy rock shelf that dropped straight into deep water, so I could fish the float virtually under the rod tip. The wrasse were at home, giving plenty of bites throughout the session and particularly as the tide neared high. They are surprisingly tricky to hit, probably a lot of the misses are small fish, but I accumulated a dozen or so up to a bit over 3lbs, which was enough to prove the point. There are bigger fish there on the mark I know, and I lost a couple that felt better when they found the kelp, though it's hard to be sure as the 3lbers pull pretty hard too! As usual, lots of different colour patterns ... 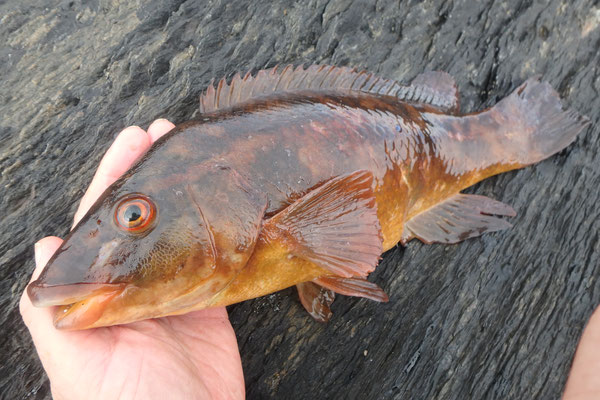 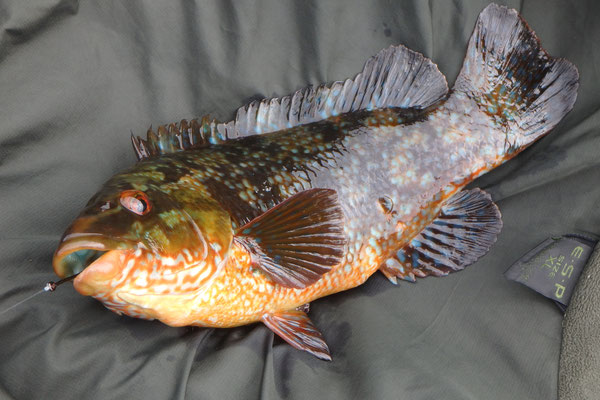 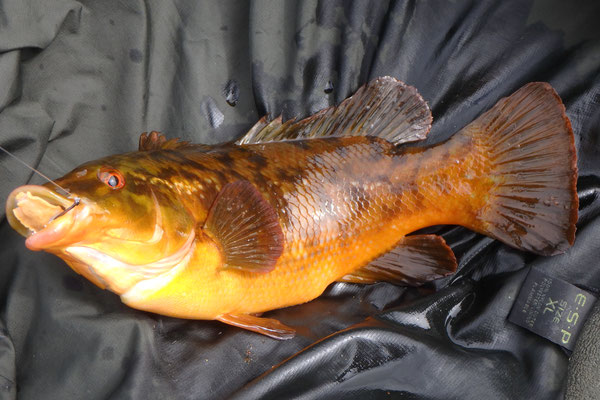 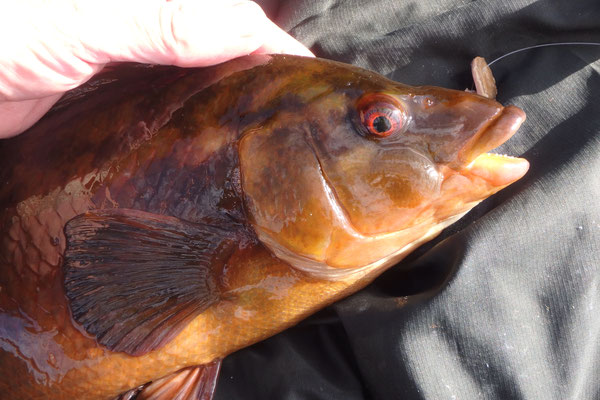 I finished off with a few casts with a shrimp rig for mackerel - not a sniff - and then I tried with a redgill for pollack.

Three or four casts in  I had one about 2lbs - I decided just big enough for a couple of fillets for a fish & chip supper - but despite carrying on another half hour or so at different spots along the ledge, I couldn't get another.

Both the mackerel and pollack have been very patchy so far this year. There doesn't seem to have been many sandeel or other baitfish in either of the bays to bring them in.