And After the East Wind

The east wind certainly didn't bring any favours fishing-wise ... though the associated dry weather was a bonus for some work we were doing in the garden. Perhaps I should have stuck with the gardening, but I gave over two days to investigating new rock marks. Both marks accessed cleanish ground, and both maybe will fare better later in the year, but I couldn't muster a credible bite from either on a variety of baits. One day the wind fell light enough to get onto a favourite rock mark for some mulleting, but the place was infested with baby coalfish.

The easterlies had now been replaced with a southerly, much better but already the strength was kicking up towards a proper blow over the next couple of days. I still haven't seen much by way of mullet locally this year, and these conditions weren't ideal, so I headed down to Rosscarbery.

Not so many fish were visible as earlier in the month, but the ones I could see seemed a better size. Both observations were borne out by what was a slowish session, punctuated by occasional bites on the leger baits that yielded three fish of 4:11, 4:04 and another 4:04 ... 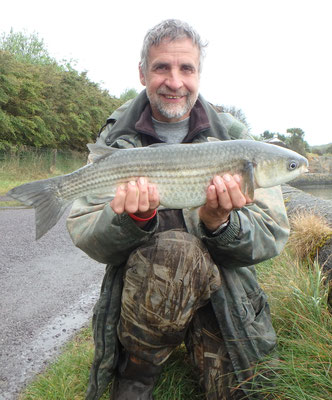 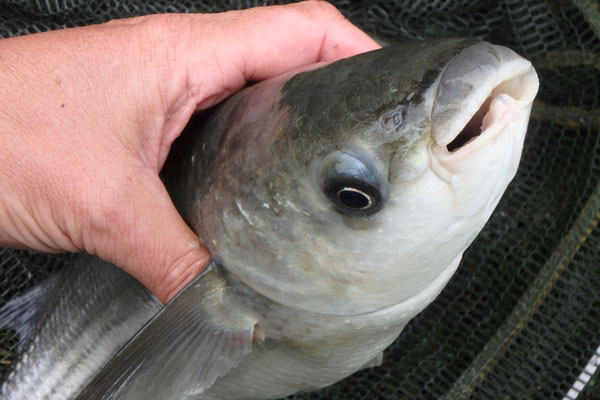 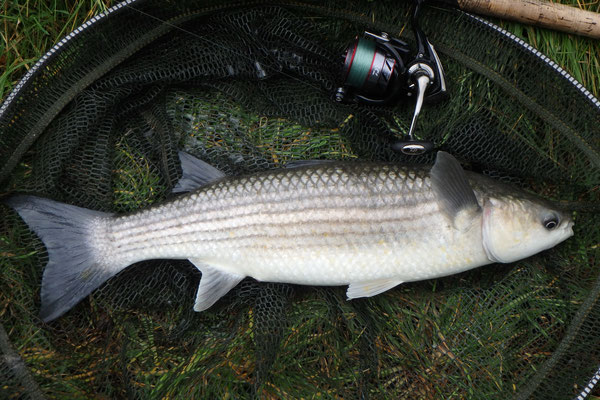 After another wait, a fourth mullet of similar stamp was hooked but came adrift. The session petered out after the arrival of the big spring tide high water flooding into the pool, the mullet either moving on or going off the feed.