Two trips here, separated by a few days, in contrasting weather conditions but with similar results.

Last Saturday, and it was back from warmer climes to a chilly easterly breeze that looked set to increase in strength over the next few days. I decided to get out at the earliest opportunity to get some fishing in before the worst arrived. This meant a relatively brief Saturday afternoon session.

I headed for Rosscarbery and although there were good numbers of mullet to be seen, I wasn't that hopeful with the water low and very clear, bright sunshine and the breeze a bit fresher than forecast. I cast out my leger rods well out expecting an attritional session, but in the event I had a good pull-down bite on only my second cast and landed a 4:12 thicklip a few minutes later.

It was quiet for a couple of hours after that, but as the water level (and colour) increased as the flood tide arrived, I had another bite. This time I struck at a couple of knocks and duly played in a 3:11 ... it fought better than the first fish and I was mildly disappointed it didn't turn out a bit bigger. 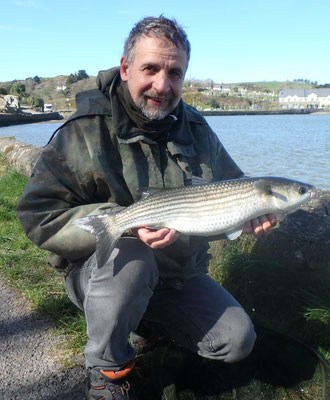 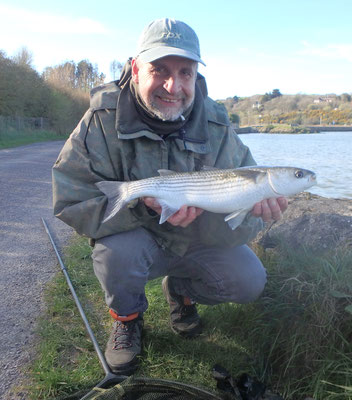 Then, after an abortive first mulleting trip further west on Tuesday, it was back to Rosscarbery again today, on a mild but drizzly Thursday with the wind now turned southerly.

There was more water in the pool on the bigger tides now, and fewer fish in evidence though I suspect they were still there in similar strength. The session proved remarkably similar with a 4:09 quite early on and then a 3:15 after a longish gap. I had one other knock soon after the 3:15 but it didn't come to anything and the session died a death today as the evening tide flooded into the pool. 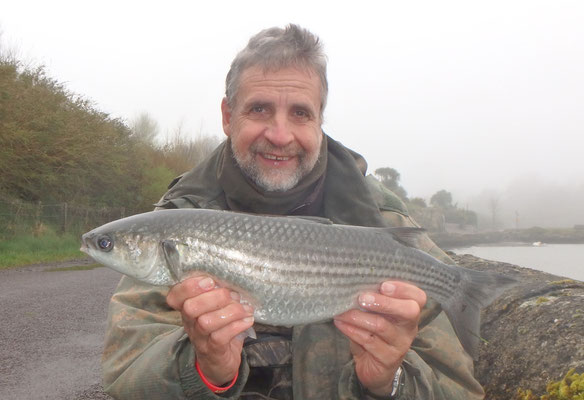 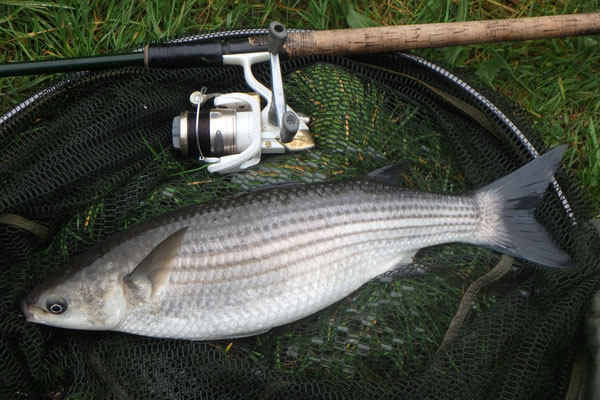