Not much fishing to report on in February.

I had a blank mullet session at Rosscarbery early in the month; there were still a few fish around just no takers.

Then a spell of cold east winds set in for a week, and only abated today. We are off on an extended visit to the UK later this week, so I was keen to get out if not overly hopeful following the easterlies.

I chose a deep rock mark on the north shore of the Sheep's Head. For bait I grabbed some mackerel bodies and a bag of heads from the freezer, and fished fillet baits and heads as pop-ups to raise the bait a foot above the snaggy sea-bed.

As half expected action was slow to come, but as the tide neared high in late afternoon I did start to get a few knocks and eventually a couple of decent takes, both on heads, and both yielded bullhuss.

The first huss was about 7lbs, the second was bigger and put up a good scrap as it neared the rocks. It went just into double figures on my scales. Neither was particularly co-operative about holding still for a photo, so not the best pics I'm afraid ... 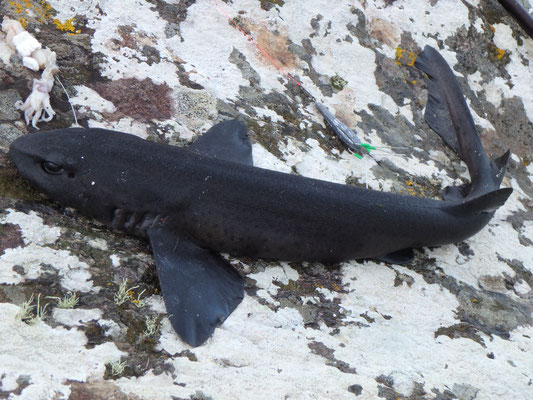 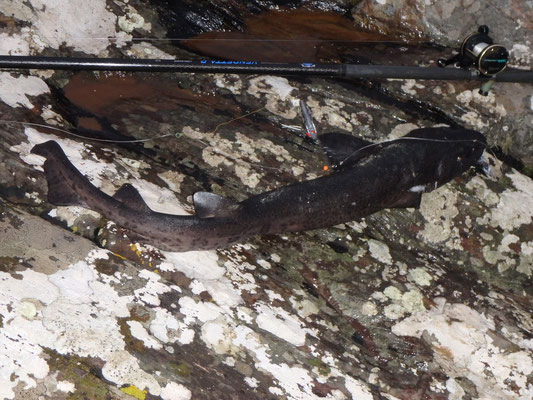 I've got a new compact camera, Olympus Tough TG-870, which has loads of features I'll probably never use! I did have a play with the super-macro setting though. Quite impressive I thought ...