I have an extended visit to the UK coming up followed by a load of work to do. I wasn't at all sure what the mullet prospects would be later on in November and into December when I might get a chance to go again, so I was keen to get out this week.

First up on Wednesday, a trip to Rosscarbery for a relatively short afternoon session. I headed straight for the shallow west bank swims that had been so productive for me this year, and set up both leger rods to fish the pop-up crust baits that had done so well. The tide was well down so I cast well out and sat back to await developments.

What followed was a pretty decent late season session with a couple of bites missed and three hit, which resulted in a trio of healthy mullet all 4lb+ ... 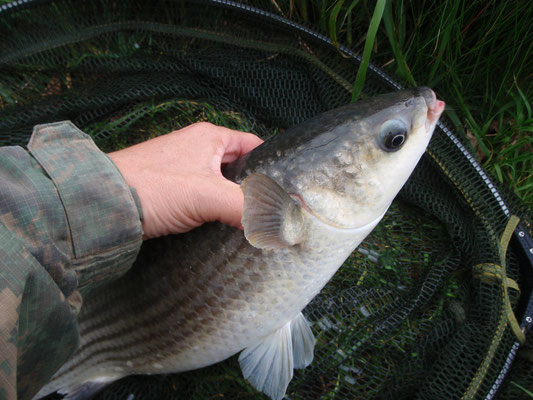 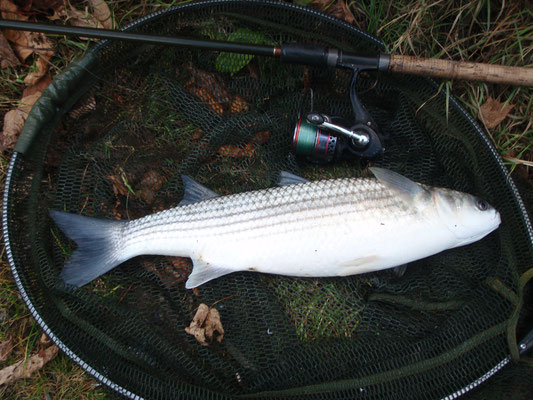 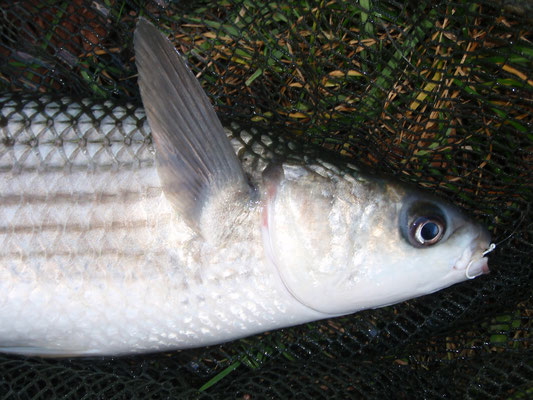 Then today I headed south-west onto the Mizen Peninsula. The shallow estuary looked bleak and windswept on a very grey autumn day, and there was no sign of fish moving. Still, I was there to fish so fish I did, setting up on the road causeway ...

For a couple of hours my worst fears were realised, with not a touch on either tip. Then as the pool filled up near the top of the tide, a few fish must have come up the estuary. First, a massive slack-line bite missed. Then two more smaller drop-backs, both of which resulted in mullet landed. They were smaller than the Rosscarbery fish at 3:05 and 3:08, but still very welcome. 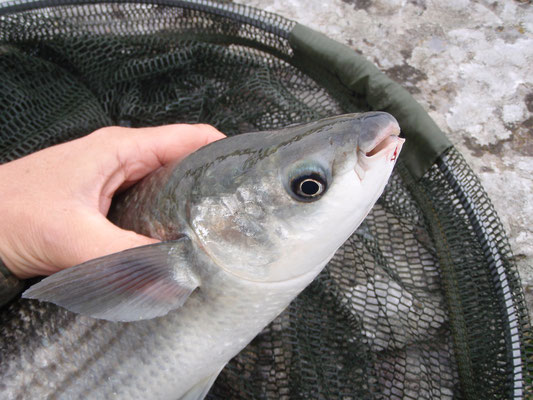 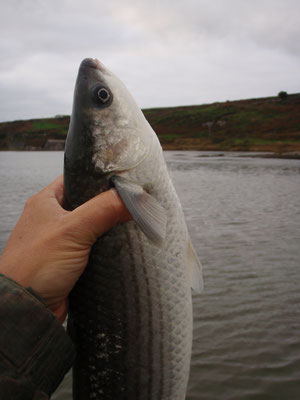