It seemed quite a nice day at home but down by the shore of Bantry Bay it was grey and blustery. Hope of a mullet seemed much diminished but I was desperate to get out after a busy few weeks of work so I was determined to give it a go.

I fed mashed bread and floatfished and to my surprise was getting plenty of bites ... not mullet but ballan wrasse up to about 2lbs. I've noticed before they seem to go for the bread bait more readily when the water is more turbulent, and today they were really having it. 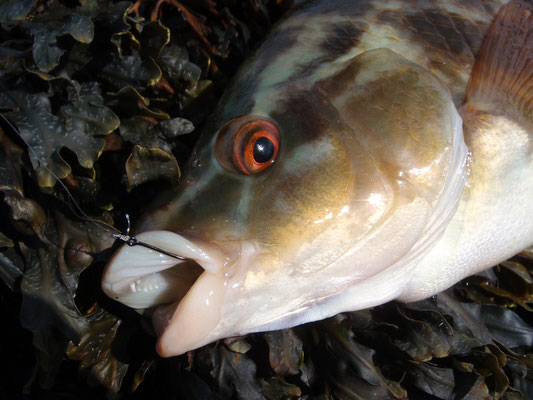 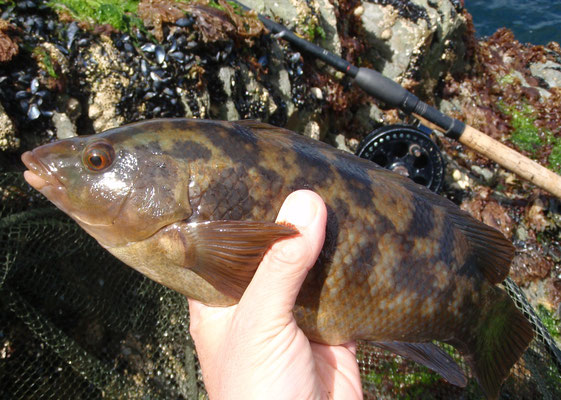 I fished a couple of hours down to low water, by which time it was pretty obvious no mullet were going to turn up. I prised a few limpets off the rocks to use for bait, thinking they might get a bigger wrasse. But no, just a couple more wrasse of similar size then a string of baby coalfish which for some reason hadn't wanted the bread today ...