I fished today with an old friend from the National Mullet Club, Mick Buckley, who has recently retired and is on an extended fishing tour of Ireland. I can't even remember the last time I saw Mick, it may well have been on a trip to Alderney in 1989! He came to see us for the day, leaving his highly impressive trailer home on a site near Skibbereen.

After the blow yesterday afternoon and evening I was concerned the rocks here would be unfishable, but the swell had gone down quickly leaving a difficult but fishable choppy sea. I wasn't sure either the mullet would have hung around during the rough weather, and it did indeed prove to be a day of few bites.

About an hour after starting, and continual drip-feeding of mashed bread, my float finally dived under. I struck and instead of the pollack or coalfish I was expecting, a mullet came to the surface. It was only a small one 2lb 12oz but it was a start.

About an hour later I missed a similar bite. At least there was another fish around and a few minutes later, it found Mick's bait. It was a fish similar in size to mine. Mick played it for a couple of minutes and then it came off.

Half an hour later, a repeat performance ... I missed a bite, and Mick hooked the fish a few minutes later. This one stayed attached and was a bit bigger - Mick didn't weight it but it I'd think it was over 3lbs. 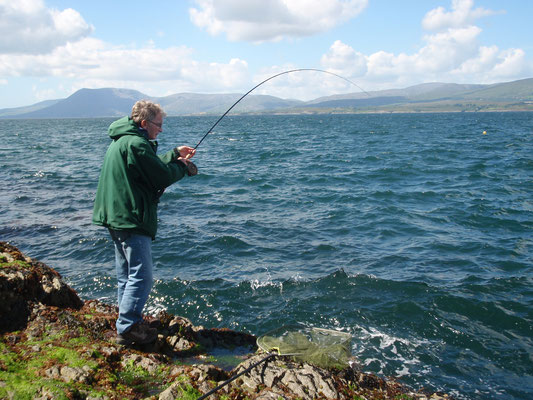 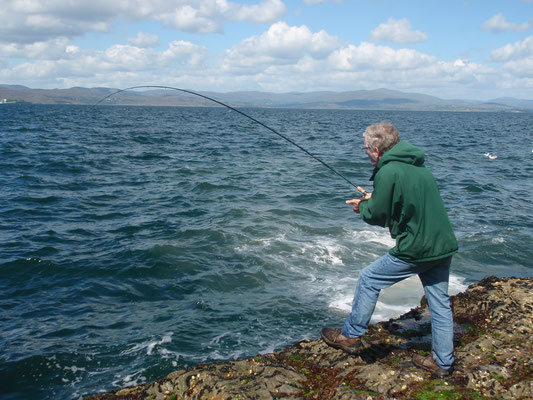 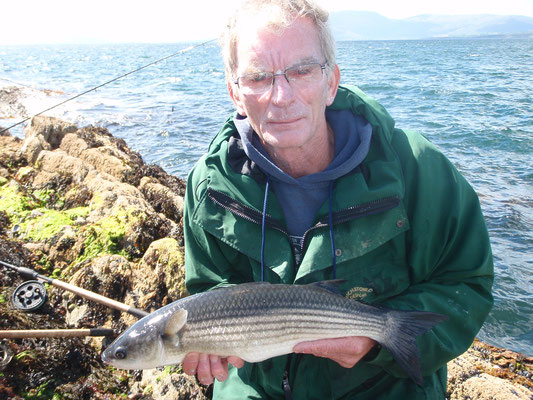 That was around low water. We stayed another hour or so of the flood tide but had no more bites. It was a slowish session overall but at least we both caught - can't be bad.