This was a pretty forgettable session to be sure. It was forecast windy so I chose an estuary mark south-west of us. On arrival in the early morning it was slightly misty and more-or-less calm, and I could see some fish moving on the shallows below the road causeway. I set up my leger rods and started fishing.

Second cast in I had a persistent bite and hooked a decent but obviously not huge mullet that turned out to be a long and lean 2lb 14oz ... 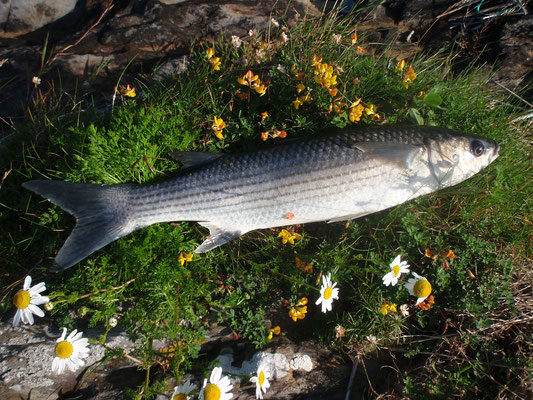 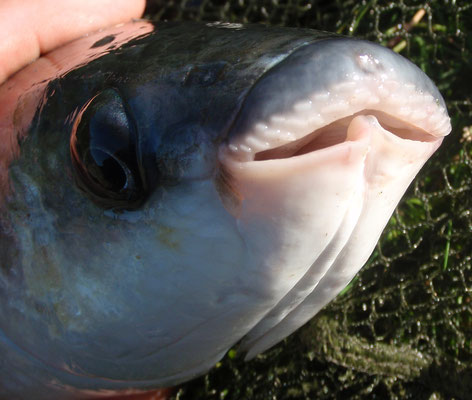 I'd hooked the fish in its bottom lip but looking at the close-up pic afterwards, I wonder if that's an old hook scar in the middle of its top lip and if so if it's a previous capture of mine?

While I'd been playing the mullet in I'd seen a couple of pulls on my other rod. They came to nothing but it looked like a good day might be on the cards. Not to be as it happened: the sky had cleared and the wind was picking up by the minute, soon there was an impossible cross-wind and breaking waves running up the estuary. I relocated to the relative shelter of the deep pool above the road bridge and spent 90 minutes trotting a float through to no avail. I had neither a bite nor saw a mullet, and the water stirred up in the shallow parts of the lagoon was colouring the pool badly as it moved down on the ebb. Enough of this I thought and packed up.