Stu Read is an old friend of an old friend who was visiting SW Ireland with his wife Susie. They were staying local  to us at Ahakista for a few days after having spent a week or so in Kerry further north.

I arranged to take Stu fishing today, and was hoping some big bull huss would turn up.

Well, that wasn't to be, whether because of the bright sunshine we were blessed with or some other reason, and just one smallish and rather camera-shy individual showed an interest in our baits. Plus I had a couple of LSDs.

The lack of huss was partially compensated by a bit of a conger-fest, I think we had six or seven between us with Stu getting the most and the biggest. No monsters it has to be said, but an enjoyable session nonetheless.

Then home for a fish and chips supper. 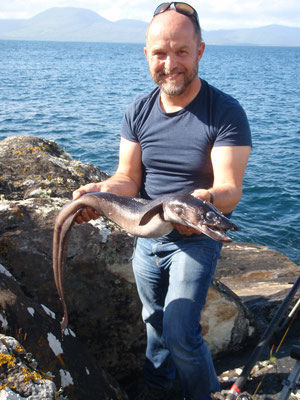 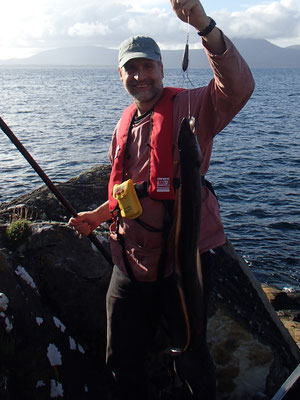 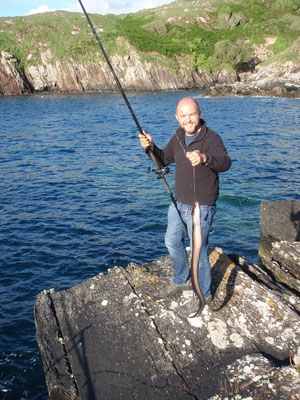