I've been back in UK working for the past week. I managed a half day on the National Mullet Club fish-in at Lymington yesterday, and blanked, before heading for the ferry home last evening. This morning I stopped off at Dungarvan for a break on the drive back across Ireland, and found these mullet (and many others) around the boats and pontoons in the harbour ... 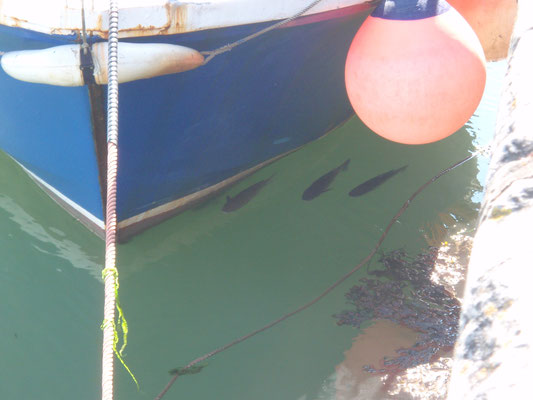 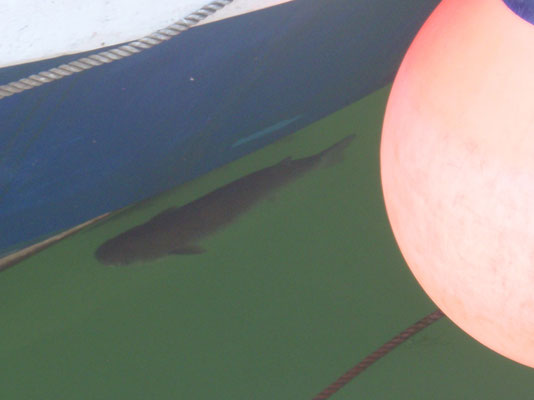 I couldn't resist getting my float rod out of the car and having a go ... but as I sort of knew would be the case, these fish weren't for catching in the mood they were in today. After 90 minutes of having every hook bait and free offering roundly ignored, I decided to get on my way again.

There were some clonking fish there. I'll next be passing through in August, so I'll have another shot then.