This is a spot I've been meaning to try, near the end of Sheep's Head on the north side. It's recognised as a dangerous spot exposed to Atlantic swells, but today was very calm with only a slight swell after days of east wind. There'd never be a better time for a first look.

I fished the right hand rod quite close in with pop-up squid baits. I had bites most casts and landed two LSDs and three bull huss on this rod, the biggest huss around double figures. At worst the ground seemed broken - I only lost one set of gear in a snag plus one other lead when the rotten bottom did its job and I landed a huss. 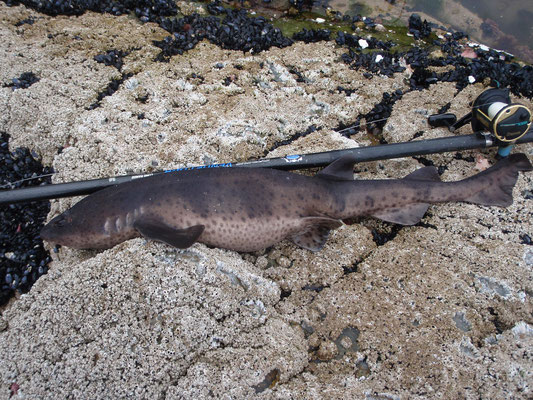 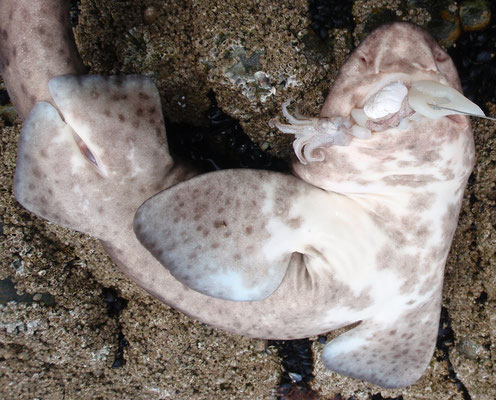 I fancied the ground further out might be clean, so tried a standard pulley rig baited with sandeel and belted it well out. My hunch proved right, no snags and this bait also seemed to be more-or-less clear of the huss, with just one about 8lbs on the last cast. Before that I missed some interesting little bites - flatfish I wonder? - must try again with some smaller hooks. One tearaway bite resulted in my first pollack of the season, about 3lbs, which picked the sandeel up off the bottom. Shortly after another about the same size grabbed the sandeel as I was winding in. I finished off the session with a few casts with a redgill and added another pollack to the haul, about 4lbs. 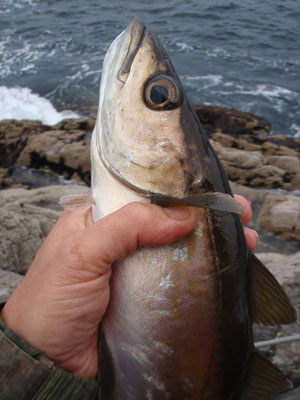 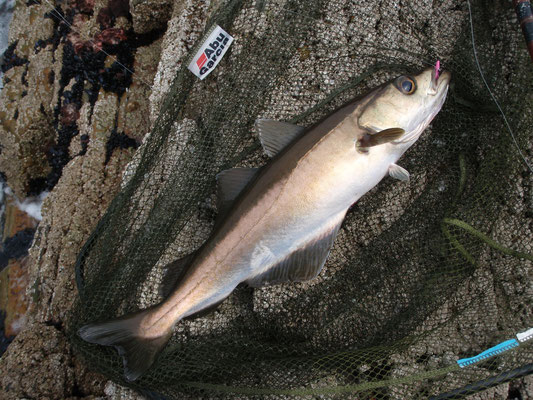 It looks a promising mark for all manner of fishing - flats and rays maybe on the clean ground, bound to be some conger on the same ground as the huss, wrasse certainly close in and it will be interesting getting some groundbait in the water and seeing if it attracts mullet, gars, even trigger fish as found on the Beara across the Bay. Just need some calm days this summer ...