Rosscarbery today! I arrived late morning at about high water. There was a good depth in the lagoon after several big spring tides, so I decided to make a start there.

An hour later, slightly deflated, I decided on a move. I'd only seen one mullet whelm and had only had one proper bite, which I'd missed, plus a few dinks and trembles on the float that may have been gobies or sandsmelt rather than mullet.

I headed down to the bottom of the tidal pool below the N71. It's been a kind swim to me this year, and once again there were mullet in residence. Despite the reasonable depth they seemed to be staying out from the wall, so I opted for legering with pop-up crust baits.

It was a slow start but I kept catapulting a couple of extra balls of groundbait out every cast, and eventually a pod of fish seemed to move over the carpet I was building up. I had three solid takes. The first fish came off about half way in, but I landed the other two. They were nothing spectacular in size but nice clean fish of 3:02 and 3:10 ... 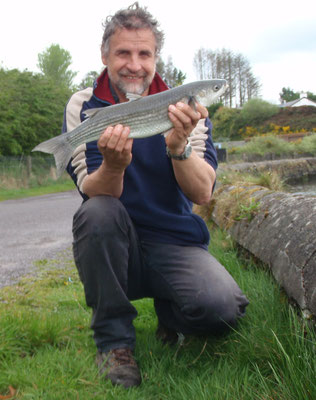 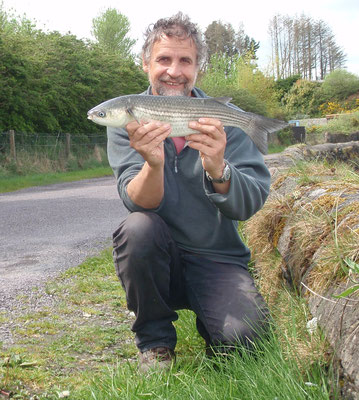 After that the swim seemed to die. Rather than wait for the mullet to return, I moved back to the lagoon as I was really keen to get my first of the year out of there. I tried two different spots but alas to no avail, no definite bites at all.